Andy Pettitte comes out of retirement 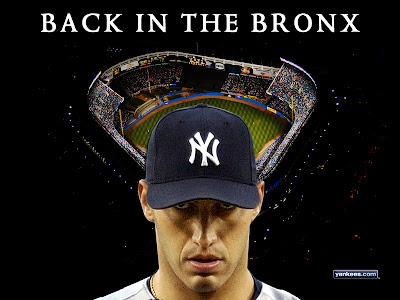 Words can't describe how happy I am right now. Some info on the deal is it is a minor league deal worth $2.5  million.
Posted by Matt at 1:48 PM 1 comment:

A few quick off the field notes...

Had they released it in 2011 it could have been called Bartolo Cologne (Please hold your jeers) but according to ESPN New York, the Yankees plan to release a fragrance. Simply called "New York Yankees" and "New York Yankees for her" the team will introduce the the fragrances on February 21, right around when position players should be reporting to Tampa. In 2006 Derek Jeter released his own scent with Avon, but it would be pretty cool (and interesting) if they had a cologne for each player. Just imagine the fragrance names for guys like Joba and Hiroki Kuroda, it would be fantastic.


Last month the Yanks announced that Roger Waters the song writer for Pink Floyd would perform 'the wall' at Yankee Stadium on Friday July 6th, that concert is already sold out. They have since added a second show for the following night (July 7th), tickets go on sale this Saturday and another sold out show is expected. But for fans who are looking to sell tickets for a profit may want to avoid buying the event as tickets on Stubhub are barely above face value months before the concert.

Continuing with the throwback artists, Madonna will also play at Yankee Stadium Thursday September 6th. Fresh off her Super Bowl half time show, tickets for her show will go on sale to the public at 10am Monday. I wonder if the Yanks had to ask Alex Rodriguez, permission before allowing the pop icon to come to his stadium. Rumors earlier swirled of Bruce Springsteen playing at the stadium, but with Madonna that may have killed any chances of that.

With all the concerts taking place this summer at the stadium, soccer could also be on the agenda. In an article by Big Apple Soccer we could be seeing an international soccer game. The game would likely be a big sell as it was last year at Citi Field, but the biggest thing I would worry about is the condition of the field. With all the events held, especially with the soccer match the field will need a ton of maintenance.
Posted by Matt at 1:51 PM No comments:

Who would you root for? Red Sox or Mets

The New York Giants and the New England Patriots are set to add another chapter in the New York-Boston rivalry, but for Jets fans this is a nightmare. Mets fans had to deal with similar fate in 2009 when the Yankees and Phillies battled it out for the 2009 World Series. Luckily for Yankee fans, we haven't had to deal with a similar situation since the 1986 World Series, when the Mets and Red Sox faced off in a classic.

Of course that last time was quite a while ago, at the time "the curse of the bambino" was still alive and well, just ask Bill Buckner about that curse following that series. But if the Red Sox and Mets were to face off in a World Series in the near future, who would Yankee fans root for ? Lets take a look at the case for each team.

Who would I root for? I would go the Mets- I don't see much of a rivalry between them and the Yanks other than the 6 games they play each other and if they were to meet again in the World Series. Sure the bragging might get annoying after a while, but I rather NY win... Plus they would need to win a whole lot more to catch the Yankees. But who would you root for?
Posted by Matt at 6:17 PM No comments:

Today in a report from the New York Daily News the owners of the parking garages and lots around Yankee Stadium plan to default on $237 million in bonds. It shouldn't come as a big surprise, since the new stadium opened they have raised from $14 to $35 ($48 if you want valet), and have opened up a brand new metro north station just a block away.
Just 38% of people are parking in the lots when the bombers are home, and just 70 people use the lots during the off season. That's 21 acres of wasted space for the community on parking garages, and even more when you consider that the new Yankee Stadium took away park land too. If the city wanted to do right they would tear down one of the garages/lots and make a park for the public. Some of the other options in the article are low income housing or a hotel.
With tolls and gas going up, the owners of the garages would be smart to lower the prices to get more people to drive again and use the parking lots. I expect in 2012 for them to either raise the price again, or keep it at $35.
Posted by Matt at 2:13 PM No comments:

The Eric Chavez era may be coming to a quick close, the Yankees are reportedly in "serious talks" with Bill Hall according to Ken Rosenthal. The Yanks would use Hall in a utility role, a spot the eight year vet has done before with the Brewers and Red Sox.

The deal would likely be a minor league deal with an invite to spring training. As long as its a minor league deal, I think its a nice move. Signing Hall would be an upgrade over the injury prone Eric Chavez. Hall also is younger and can play multiple positions, something he proved with the Red Sox in 2010 when he played 7 different positions.

Currently in AAA the Yanks have Brandon Laird and Ramiro Pena available as back up infielders. Neither give the Yanks much on offense, and can mainly play the infield, a spot Eduardo Nunez is expected to fill. Hall can play the outfield, and still give some offense (he did hit 35 home runs in 2006). With the addition of Hall, the bombers would likely pass on a DH for now, possibly waiting until spring training starts to see if prices fall.
Posted by Matt at 3:01 PM 1 comment:

Two hits. That's the best Alex Rodriguez could muster in the 2011 ALDS. It didn't help when A-Rod struck out to end the bombers season for a second straight year in the bottom of the ninth. In the days following the loss, Rodriguez was bashed over and over, it seemed clear that Yankee fans had made the million dollar man the scapegoat.

We have all seen this movie before, A-Rod the villain. Boo'ed by the Yankee faithful for his postseason failures and "not being clutch" only to be every ones favorite Yankee when he succeeds. Just look at the past, after terrible performances in the 2005 and 2006 ALDS, Rodriguez felt the wrath of Yankee fans. But a monster 2007 seemed to change everything, even after he opted out of his contract most Yankee fans acted like that never happened. Now fast forward to spring training 2009, Alex is outed for his past steroid use and admits it. Once again many of the fan base blasted him on talk radio and other media outlets, but a 2009 postseason in which A-Rod practically carried the team changed everything.

But what about this season? After another postseason flop, and back to back injury plagued disappointing seasons Yankee fans will be ready to pounce. The situation is similar to 2007, when Yankee fans were ready to throw him to the wolves, only this time the odds are against another monster season. Alex will need to produce for Yankee fans to get off his back, the expectations are lowered with his current age and injury issues but the fans still want a top 10 caliber third baseman, a fair expectation from one of the greatest players to ever play.
Posted by Matt at 8:05 PM 1 comment:

Plenty of Yankee season tickets up for grabs

Compared to past years the Yankees put season plans on sale much earlier this year. Before the holidays you could actually purchase some plans. It was a sign then that even the Yankees realized they are going to be spending alot of time this year pushing tickets.

Right now you can grab seats for almost any type of plan, any place in the stadium. This is a sign unseen for the past few seasons, especially since the new stadium opened. This is great for partial plan holders like myself who were able to upgrade to seats they wanted, but could never get (Moved from 12 game plan to Saturday plan). But for the Yankees it shows a problem that has been brewing the past few seasons. The Yankees have made the playoff each season since the new house has opened but yet they are still losing ticker holders. The easy answer is the prices, sure the Yankees still had the second highest attendance in baseball last year but it won't be the case this year. With the economy still a mess, the bombers chose to raise prices on the cheap seats, thus causing more fans to drop out.

It could be the price of winning, the price of a superstar players, and the price of living in New York but the Steinbrenners and the ticket office have also out priced the market. Last season, tickets for undesirable games could be had for one dollar or even less. What is the point of buying tickets if they can't even be sold for face value back. Of course if you plan to attend the games and like your seat location it makes sense but otherwise its doesn't make sense. The Yankees have built themselves quite a mess, this could be the first season at the new stadium, that the wings of the upper deck may be empty just like at the old place.
Posted by Matt at 1:35 PM No comments:

Check out Fan vs Fan

Matt
I'm a Journalism major at C.W. Post Long Island University. I also am involved with the campus radio station WCWP, which you can check out there sports website at http://wcwpsports.com/. For the longest time I wanted to start my own blog but never did until now. I am a Yankees partial plan holder (Section 235 what up !) and watch as many games as I can (Its sad to say but enough to know exacly what Michael Kay is going to say). But anyways enjoy the blog and if you have any questions or comments feel free to e-mail me at Soxsuxyanks@Yahoo.com 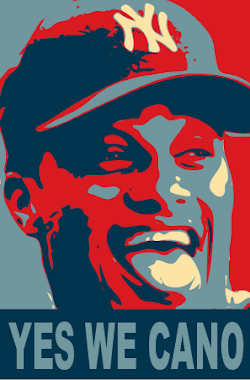